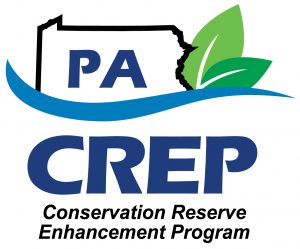 The 2015-16 round of Pennsylvania Conservation Reserve Enhancement Program (CREP) mini-grants for conservation districts recently concluded. Thanks to the conservation districts and their partners, the program was a success! Some of the outcomes include: Applications for the 2016-17 round of mini-grants were due August 19. Notifications of the projects funded in the new round will be made by August 31. Questions about the mini-grant program should be directed to swehinger@pacd.org.

Trackback from your site.