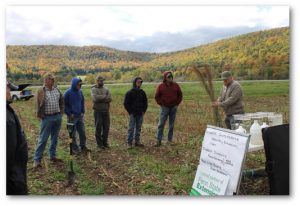 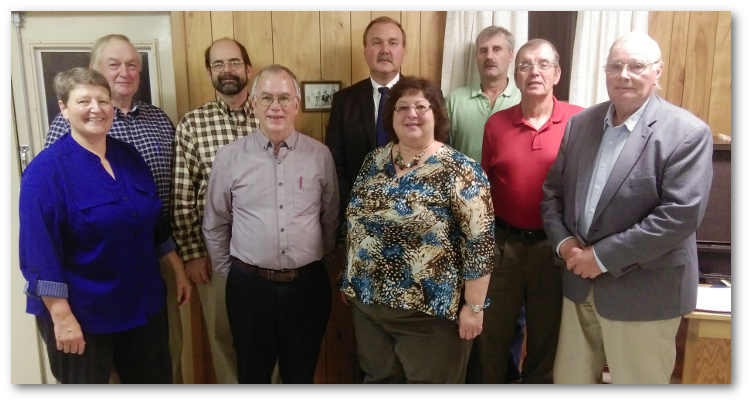 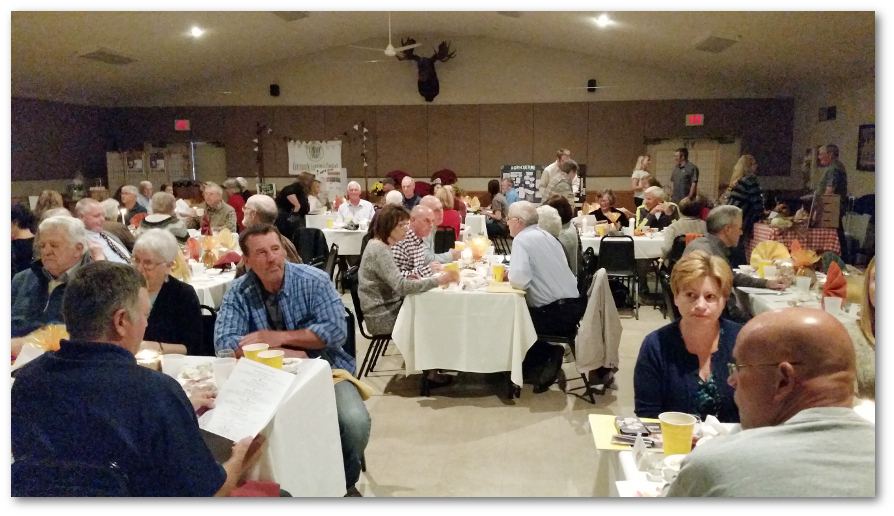 On October 14, the Clearfield County Conservation District (CCCD) held a wildly successful event, “Bounty from the County,” in Curwensville, PA. This inaugural event celebrated the benefits of eating locally. “Basically it’s like a Farm to Table meal only we chose a different title and had locally produced goods in addition to food. It was organized by the district and we served food prepared by Shannon’s Catering but the purpose was to highlight our local producers. The entire meal was made up of food grown or raised within the county, right down to dessert,” said Kelly Williams, CCCD Watershed Specialist. Click here to see a list of what was served. Click here for a news article on the event. 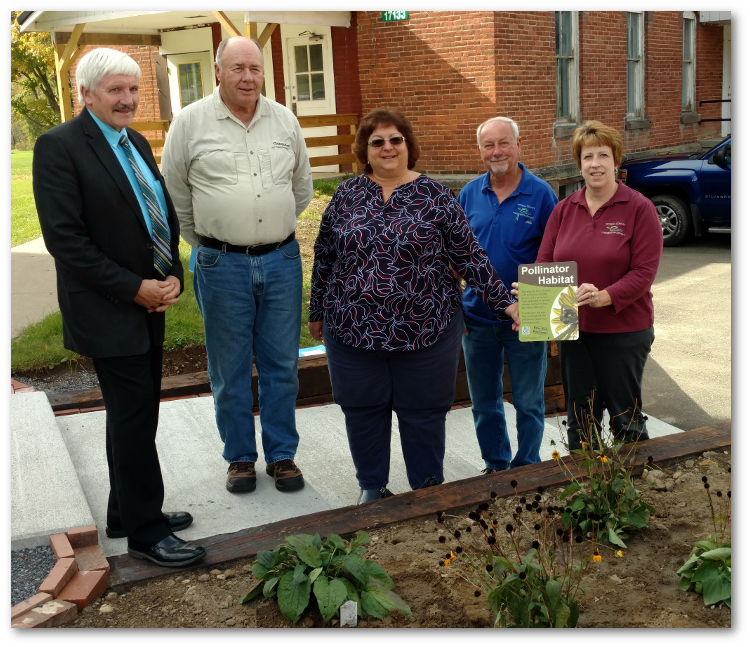 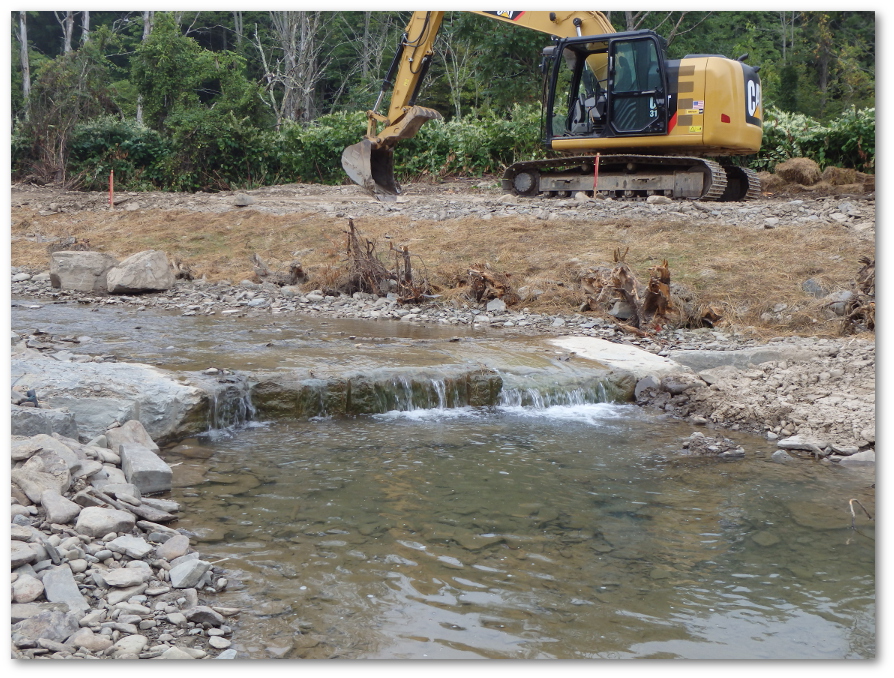 Recently the second phase of the DuBois Creek Stream Restoration project was completed. DuBois creek is a direct tributary to the Susquehanna River. The project is taking place in Great Bend Township near Hallstead, PA. Construction went well, with the entire stream channel graded per design. The channel block has been installed near the downstream limits of the project. This structure will aid in stopping debris from moving further downstream under normal stream conditions. Slightly upstream is a rock deflector. The purpose of the deflector is to protect the stream bank from erosion on a very sharp corner. Several other cross vanes have been installed upstream, which will in turn help with fish habitat as well as stream bank stabilization. This phase of the project has been funded by a Grower Greener grant awarded to the Susquehanna County Conservation District to help minimize erosion, and in turn, reduce flooding downstream. The project is being monitored and administered by the District. 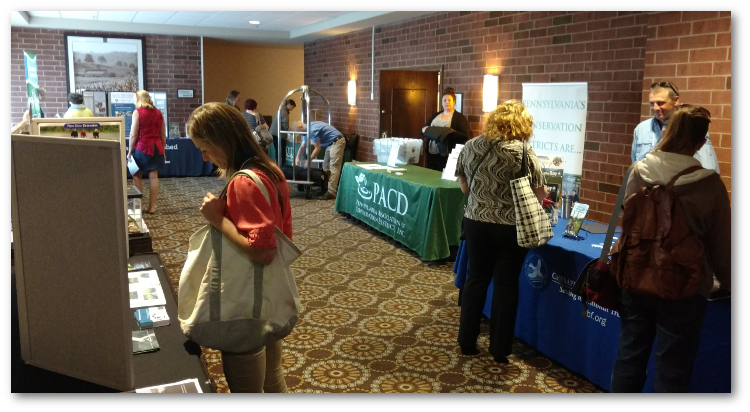 PACD had a display at the Dive Deeper Conference in Harrisburg on September 22, 2016. The conference is held for those who teach youth about water. Special thanks to Teddi Stark with Juniata County Conservation District for setting up the display. Photo provided by Jennifer Fetter, Penn State Extension. 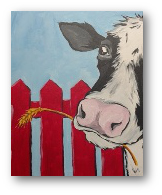 Lebanon County Conservation District is inviting the public to a “Moo-velous Night of Painting” on October 4, 2016. The event is a fundraiser for their farmland preservation program. Two classes will be held: 1-4pm and 7-9:30pm. The event is being held at Brushstrokes on Canvas, 720 Quentin Rd., Lebanon, PA. The cost is $35/person and includes supplies, drinks, and snacks. Proceeds benefit Lebanon County farmland preservation. Click here to read more about the event. 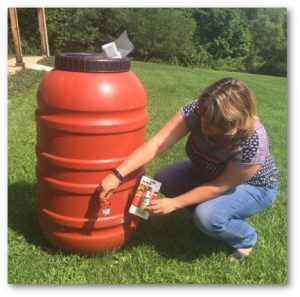 The Beaver County Conservation District (BCCD) held a workshop titled, “Managing Stormwater: A plan for your property,” on June 14, 2016. Twenty-six attendees learned about watersheds, nonpoint source pollution, and stormwater best management practices (BMPs). They also saw a demonstration on how to assemble and use a rain barrel and took a tour of BMPs in action at the BCCD Environmental Center in Aliquippa, PA. 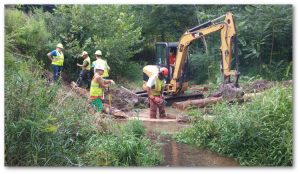 It took a joint effort to improve stream conditions and aquatic habitat along this unnamed tributary which discharges directly into the Susquehanna River. Installing fish habitat structures will reduce sediment inputs at the source, stabilize streambanks, and add diversity to the aquatic ecosystem. Photo provided by Northumberland County Conservation District.